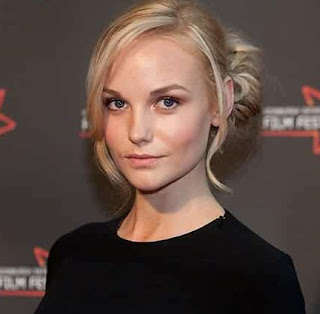 Joanna Vanderham is a Scottish actress. She was born on 18 October, 1991 in Perth, Scotland. As in 2020, Joanna Vanderham's age is 29 Years. Joanna made her acting debut with Mniseries "The Runaway", Where she played the role of Cathy. Joanna Vanderham has appeared in Several TV Series such as Above Suspicion, Marple, The Paradise, The Go-Between, DC's Legends of Tomorrow and Warrior. She has also appeared in Several Movies such as Richard III, And Then I Was French, Royal Shakespeare Company: Othello, What Maisie Knew and Blackwood.
Joanna Vanderham (Actress)
Some Interesting Facts about Joanna Vanderham
She received a Commendation at the 2016 Ian Charleson Awards for her Queen Anne in Richard III at the Almeida Theatre.
Add your Biography With us: Contact- wikiking90@gmail.com
Disclaimer: The above information is sourced from various websites/ media reports