Nandita Patkar is an Indian Marathi Actress. She is known For Elizabeth Ekadashi, Khari Biscuit, Baba, Lalbaugchi Rani and Daaravtha. She is very popular from for Zee Marathi’s popular serial “Maze Pati Saubhagyavati” in which she played the lead role of house wife named Laxmi. She completed her graduation from Ruparel College, Mumbai. In 2014, Nandita was made her first debut in Marathi film industry with film “Elizabeth Ekadashi”. She has also appeared in TV Series such as Tu Maza Sangati and Sahkutumb Sahparivar. 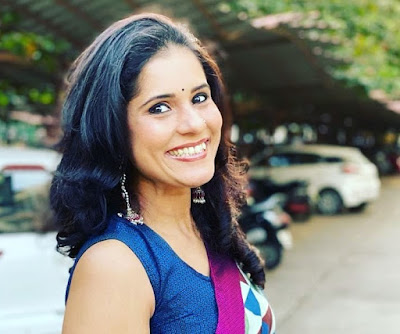 Some Facts about Nandita Patkar

Nandita Patkar has worked as RJ and voice artist.

In 2014, Nandita was made her first debut in Marathi film industry with film “Elizabeth Ekadashi”.