Jai deva Shree Ganesha is New Marathi TV Show. Jai deva Shree Ganesha TV Show is release on 22 August, 2020 on Star Pravah. This is the first time in the history of Marathi television that such a big-budgeted special series is being aired for just 11 days. Popular TV producer Siddharth Tiwari, who was associated with popular series like Mahabharata and Radhe Krishna, has worked on this show. 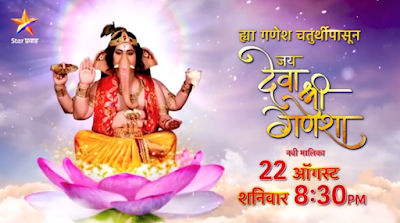