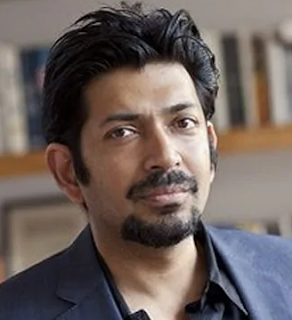 Born in New Delhi, Mr Mukherjee is a noted biologist, oncologist and the author of several acclaimed books, including the Pulitzer Prize-winning ''The Emperor of All Maladies: A Biography of Cancer''.

Since 2009, he has served on the faculty of Columbia University, where he is associate professor of medicine and a practising physician at New York-Presbyterian Hospital.


In 2014, Mr Mukherjee was awarded the Padma Shri, one of India's highest civilian honours.


The Carnegie Corporation said that during the COVID-19 pandemic, Mr Mukherjee has used his "gifts as a science communicator" to educate the public about the virus through essays, in media interviews, at public forums, as well as through his social media accounts.

In May 2020, he was selected by New York Governor Andrew Cuomo to serve on a 15-member Blue-Ribbon Commission focusing on improving telehealth and broadband access in response to the COVID-19 health crisis.

In 2020, Pulitzer Prize-winning author and oncologist Siddhartha Mukherjee has been named by the Carnegie Corporation of New York as ''2020 Great Immigrants'' honorees