Kylie Bunbury is a Canadian-American actress. She is known For Brave New World (2020), The Twilight Zone (2020), When They See Us (2019) and More. Kylie Bunbury was born on January 30, 1989 in Hamilton, Ontario, Canada. As in April 2020, Kylie Bunbury's age is 31 Years. Her father is Guyanese-Canadian, and her mother is American, of Polish and Swedish descent. She spent her childhood in England (for two years), Madeira, Portugal (for seven years) and Prior Lake, Minnesota, US. She has two younger brothers, Teal and Logan. Bunbury became engaged to Jon-Ryan Alan Riggins on April 8, 2018. They married on January 1, 2020. Kylie Bunbury appeared in many Moies too like Prom (2011), The Sitter (2011), Game Night (2018) and More. 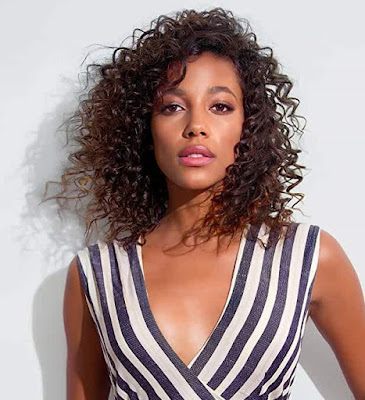