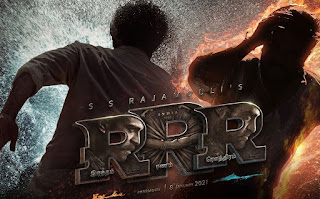 It is a fictional story revolving around India's freedom fighters, Alluri Sitarama Raju and Komaram Bheem who fought against the British Raj and Nizam of Hyderabad respectively.