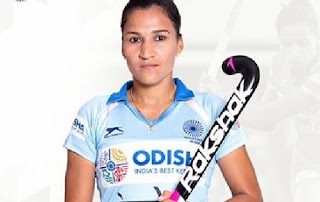 The World Games announced the winner after 20 days of polling in January this year by sports fans worldwide.

India won the FIH Series Finals, and Rani was named Player of the Tournament.

Under Rani's leadership, the Indian women's team qualified for just the third Olympic Games in its history.

She has been a member of the national team since she was a 15-years-old, and has more than 240 caps for India.