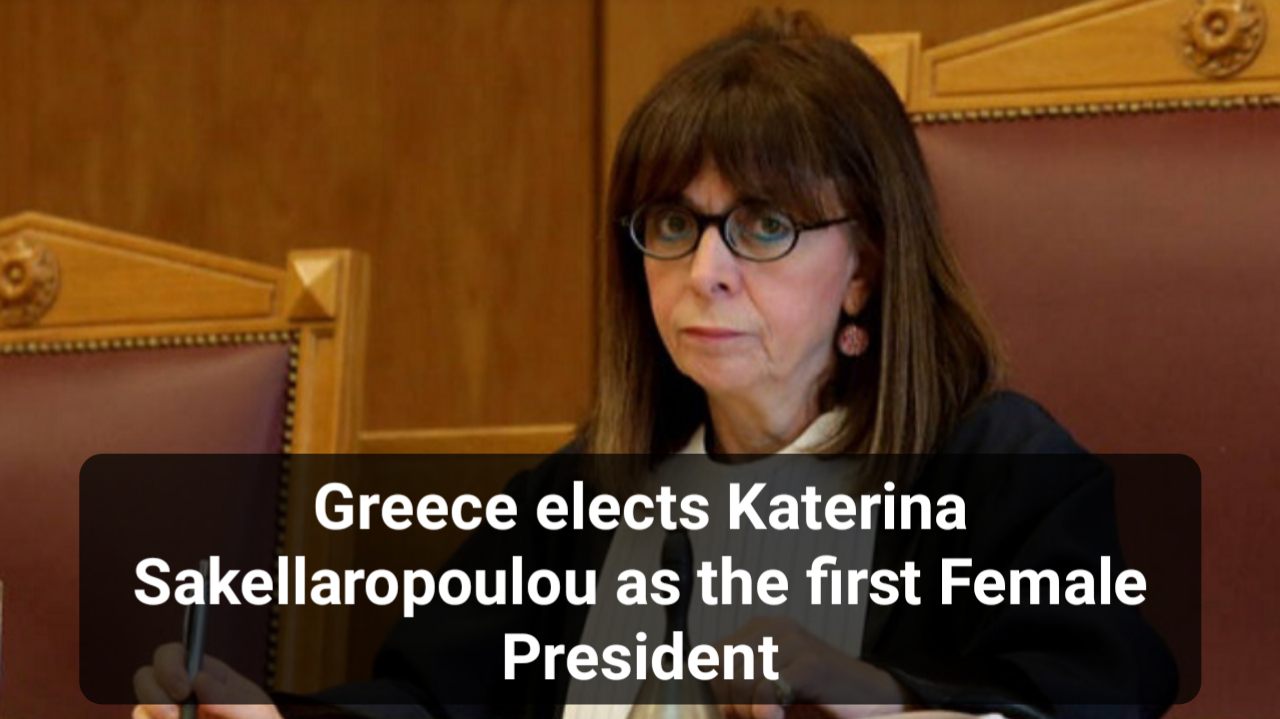 She received a total of 261 votes, which is way above the required 200 votes in the 294 member Parliament.

She has been elected for a five-year term.

The final result of the vote was declared by Greece’s Parliament Chief Costas Tassoulas.

Katerina Sakellaropoulou, a senior High Court judge is the daughter of a Supreme Court judge.

She was the first woman to head Greece’s top administrative court -the Council of State.