The story of Meri Gudiya is about a little girl Avie (Jinisha Bhaduri) and her mother (Alisha Panwar), in which the mother dies in an accident but her soul lives in a doll to save her daughter from the eyes of the world and protects her. According to the promo, Avi sees her mother inside the doll and talks to her. 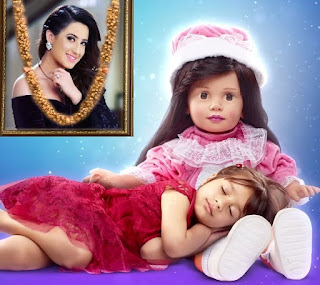