Judgement Day is new Bengali and Hindi web series by ZEE5 Originals. Judgement Day Web Series is released on 5th February, 2020. Sohini Sarkar and Madhumita Sarcar are main cast of Judgement Day. The story revolves around two sisters from North Bengal, Diya and Hiya. During her visit to Kolkata, Hiya gets raped and her advocate sister Diya takes it upon herself to punish the culprits. 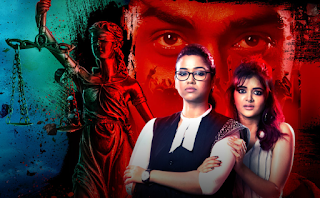