For the first time, the story of Babasaheb will be shown on television through serial. The show will include inspiring parts of Babasaheb’s life. The story of this show will begin from the childhood of Babasaheb. In which Bhimrao Ambedkar’s role will be seen playing child artist Aayudh Bhanushali. Later Prasad Jawade will be seen in the role of young Baba Saheb. 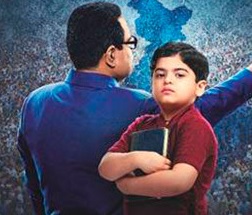