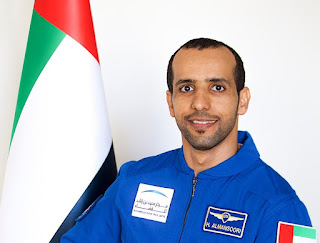 Hazzaa al-Mansoori became the first astronaut from the UAE to fly to the International Space Station ( ISS ).

However he is only the 3rd Arab in space after Sultan Bin Salman Bin Abdul Aziz of Saudi Arabia (1985), and Mohammad Faris (1987) of Syria.

He blasted into space accompanied by Oleg Skripochka of Russia and NASA astronaut Jessica Meir onboard a Soyuz MS-15 rocket from Baikonur in Kazakhstan.