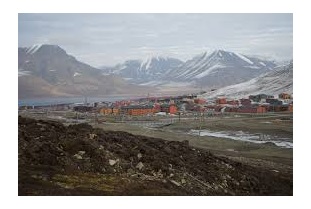 Svalbard is an archipelago located in the Arctic Ocean. It is located between Norway and the North Pole, about 400 miles from the mainland of Europe. Spitsbergen is the largest island in the group.

In the eighteenth century Svalbard was sent as an alternative to punish Dutch and Danish prisoners. They were also punished for operating large boats used for hunting whale fish.

Svalbard developed into a tourist destination in later years. Svalbard has a Global Seed Vault and a research institute on global warming and polar technology.

Presently two-thirds of the area of ​​this archipelago is being protected by dividing it into 7 national parks and 23 natural protected areas. Polar bears, reindeer, and some marine mammals are found here. 60 percent of its land is covered by glaciers