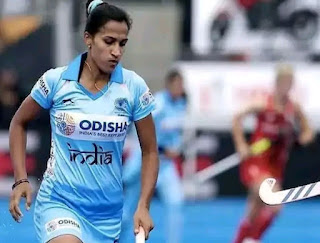 Star player Rani Rampal has been named captain of the 18-member Indian women's hockey team for the five-match series against England on Friday.

The series will be played in Marco from September 27 to October 4.

Goalkeeper Savita has been appointed vice-captain of the team.

After the team's recent win over Japan in the Olympic Test, Savita and Rajini have retained their place in the team.