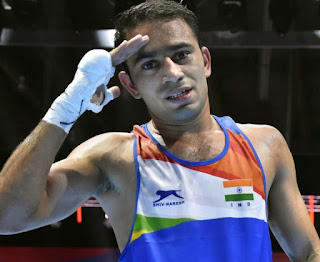 
Amit defeated Sakane Bibosinov of Kazakhstan 3–2 in the semi-final match of the 52 kg flyweight category.

Amit won the gold medal in the Asian Games in the year 2018. He also won the silver medal in the Commonwealth Games that same year.