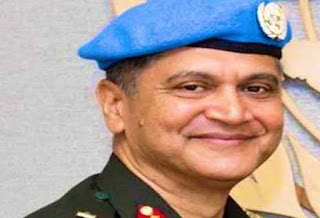 who has 39 years of national and international military experience will be succeeding Danish Lieutenant General Michael Lollesgaard, who served as RCC Chair and head of UNMHA from January 31 to July 31