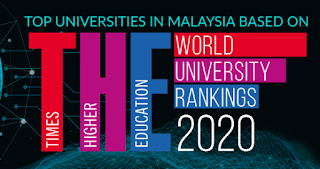 The Times Higher Education World University Rankings 2020 includes approximately 1,400 universities from 92 countries, standing as the largest and most diverse university rankings ever.

According to the World University Rankings 2020, Oxford University is the number one university in the world for the fourth consecutive time.

The California Institute of Technology is in second place and the University of Cambridge has come in third place this year.