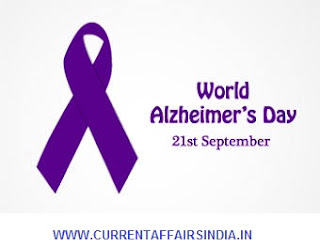 World Alzheimer's Day is celebrated worldwide on September 21 to raise awareness of Alzheimer's and dementia.

Alzheimer’s is a degenerative disease of the brain. It slowly degrades brain cells (neurons) - the disease often goes unnoticed until significant damage has occurred.


Unfortunately the disease has not yet been controlled.

The great thing is that even today there is a lot of research being done on the disease.