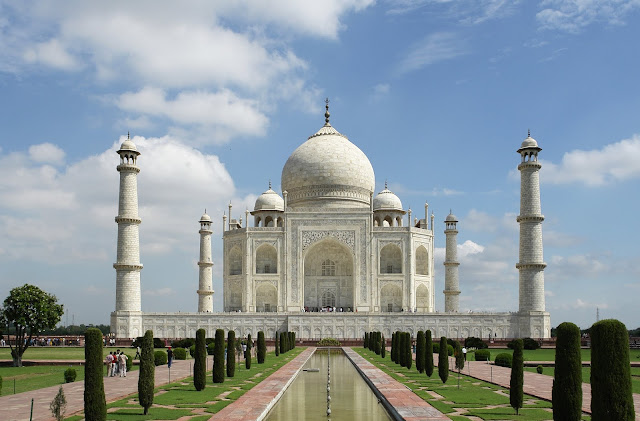 Taj Mahal is located in the historical city of Agra. Called as the "symbol of love", it was built by the Mughal Emperor Shah Jahan as a memorial for his third wife, Mumtaz Mahal. Every year visitors numbering more than the entire population of Agra passes through the magnificent gates to catch a glimpse of this breathtaking monument, and only a few leave disappointed. Shah Jahan said about the Taj that it made "the sun and the moon shed tears from their eyes".