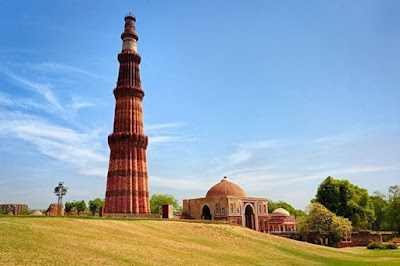 The Qutub Minar is a towering 73 meter high tower built by Qutub-ud-Din Aibak in 1193. The tower was built to celebrate Muslim dominance in Delhi after the defeat of Delhi’s last Hindu ruler. This tower is the highest tower in India, complete with five storeys and projecting balconies. The first three storeys of the Qutub Minar are made of red sandstone and the last two are made of marble and sandstone.

History :
The construction of the Qutub Minar was started by Qitub-ud-Din Aibak, but he only constructed the basement. The construction of the tower was later taken over by his successor Iltutmish who constructed three more stories. The last two storeys were completed Firoz Shah Tuglak. The different architectural styles from the time of Aibak to Tuglak are clearly visible in the Qutub Minar.
Apart from the tower, the Qutub Minar complex comprises of the Quwwat-us-Islam Mosque (the first mosque to be built in India), a 7 metre high iron pillar, the tomb of Iltutmish, Ala’i-Darwaza and the Ala’I Minar.
Gallery: 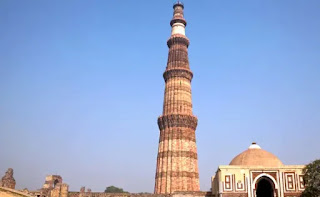 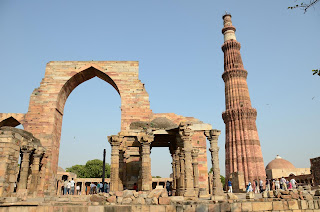 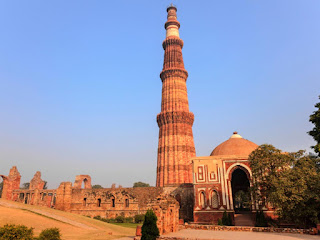 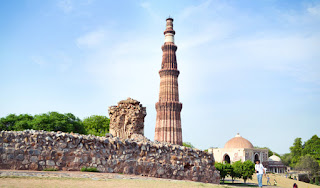 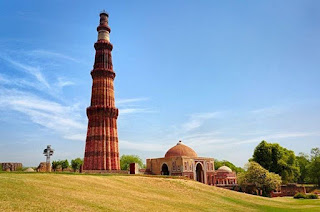