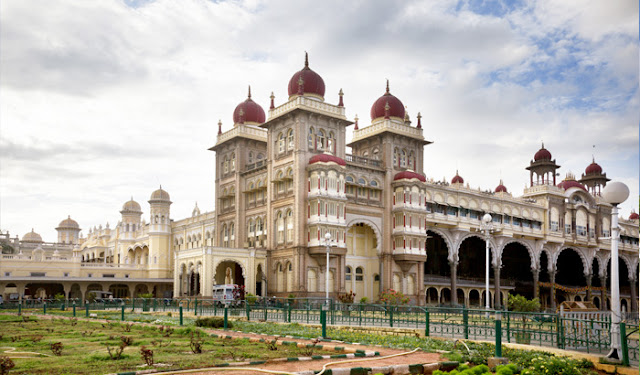 Mysore Palace is a historical palace and a royal residence at Mysore in the Indian State of Karnataka. It is the official residence of the Wadiyar dynasty and the seat
of the Kingdom of Mysore. The palace is in the centre of Mysore, and faces the Chamundi Hillseastward. Mysore is commonly described as the 'City of Palaces', and there are seven palaces including this one; however, 'Mysore Palace' refers specifically to this one within the Old Fort.
Mysore's proud possession and one of India's most visited attractions, Mysore Palace is an incredible man-made edifice. It is a palatial structure that tells many tales of India's complex and intriguing past. This palace was once a royal residence of the mighty Wodeyar rulers, who ruled Mysore for seven centuries. At present, it witnesses more than 2.7 million visitors every year.